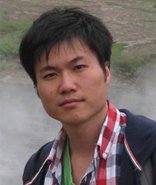 Junyan Wang received the B.Eng. and the B.Sc. dual degree from the School of Communication and Signal Processing and the School of Mathematics and Applied Mathematics, University of Electronic Science and Technology of China, in 2007. He received the Ph.D. degree from the School of Electrical and Electronic Engineering in Nanyang Technological University, Singapore, in 2012. His research interests include image and video analysis, interactive and automatic object segmentation, object matching, image registration and applied mathematics.