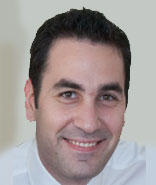 During 2011-2012, he worked as a Post-doctoral Fellow at the Department of Music Research at McGill University in the Music Perception and Cognition Lab (CIRMMT). His post-doctoral research was funded by the European Auditory Network (ERASMUS-MUNDUS) and focused on music emotion recognition based on multi-modal approaches using audio features and psychophysiological responses.

From 2012-2013 he joined the Department of Psychology, Neuroscience and Behavior as a Post-doctoral Fellow at McMaster University and Rotman Research Institute. His post-doctoral research was funded by the Canadian Auditory Cognitive Neuroscience Network (ACN) and it seeked to design and conduct experiments investigating the communication between the auditory and motor regions of the brain in relation to rhythm and movement underlying the mechanism of rhythmic entrainment.