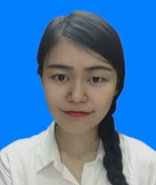 Chenyuan earned her Bachelor’s degree (Communication Engineering) from the University of Electronic Science and Technology of China (UESTC) in June 2016. Also, she visited University of Leuven, Belgium in 2013 and Singapore University of Technology and Design (SUTD) for six months in 2015. Since September 2016, she becomes a Ph.D. candidate at SUTD under the guidance of Prof. Tony Q.S. Quek, Prof. Ngai-Man Cheung and Dr. De Wen Soh.

Her research interest mainly lies in stochastic analysis and optimization, Graph signal process and their applications, such as wireless network optimization and big data analysis.