By providing a global infrastructure for information exchange, the Internet has had a transformational impact on society at large. At the same time, a number of indicators, among them an observed ossification phenomenon, raise concerns about the ability of the Internet to support future communication needs and stipulate interest in alternative methods for internetworking.

This talk considers an internetworking approach based on self organizing application layer networks. Rather than building a single global infrastructure that provides universal access, these networks take advantage of a diverse collection of network infrastructures to interconnect users and devices participating in a networked application. We discuss aspects such as scalability, ability to adapt after disruptions, heterogeneous substrate networks, distributed security, and dynamically created network services. The discussions are supported by numerous measurement experiments.

Jorg Liebeherr received the Ph.D. degree in Computer Science from the Georgia Institute of Technology in 1991. After a Postdoc at the University of California, Berkeley, he joined the Department of Computer Science at the University of Virginia from 1992-2005. Since Fall 2005, he is with the Department of Electrical and Computer Engineering of the University of Toronto as the Nortel Chair of Network Architecture and Services. He has served on editorial boards and program committees of several journals and conferences in computer networking. He was Editor in Chief of IEEE Network in 1999-2000. He is a co author of the textbook “Mastering Networks: An Internet Lab Manual”. He was co recipient of a best paper award at ACM Sigmetrics 2005. He was elected to the Board of Governors of the IEEE Communications Society for 2003-2005, and chair of the IEEE Communications Society Technical Committee on Computer Communications in 2004-2005. He received an NSF Career award in 1996, a University of Virginia Teaching and Technology fellowship in 1995, a Virginia Engineering Foundation fellowship in 2002 , and an Outstanding Service award from the IEEE Communications Society Technical Committee on Computer Communications in 2006. He is a Fellow of the IEEE. His current research interests are network calculus and self organizing networks. 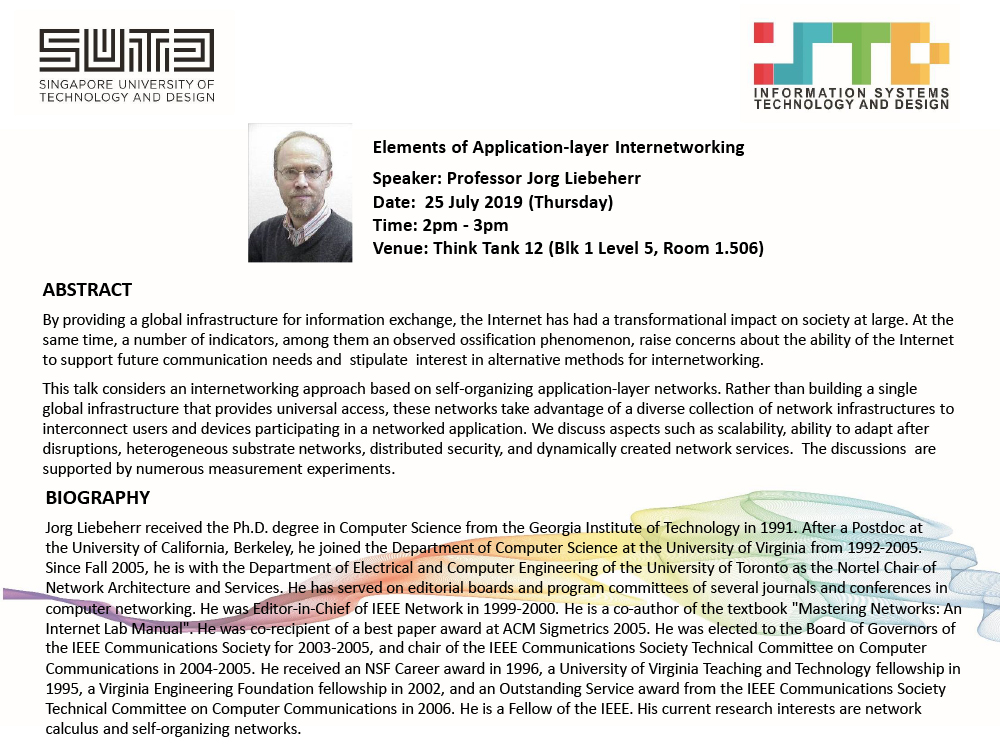