Graphs are ubiquitous structures that can naturally represent many real-world data, such as social networks, transaction networks, molecule interactions and so on. Various Graph Neural Networks(GNN) have been proposed as deep learning architectures that can leverage the relational inductive biases to better learn from graph-structured data. Many current GNNs fall under the Message Passing Neural Networks(MPNN) framework. Though being effective in many applications, these MPNNs have their own limitations. In the first part of the lecture, we will look at two limitations of MPNNs. First, the limited representation power of GNNs measured by their ability to distinguish non-isomorphic graphs. Second, the depth limitation of GNNs and ways to go deeper. Aside from GNNs, we will also briefly share various graph-structured data in PayPal and some of the applications in the second part of the lecture. Yanfei Dong is a Research Scientist at PayPal’s Innovation Lab, and currently a Phd student at NUS. Prior to that, she obtained her masters degree in computer science and bachelor’s degree in computer science and applied mathematics from NUS. She focuses on learning with graph-structured data and has been actively involved in research on graph neural networks. She has publications in top AI and data mining conferences such as ICLR, KDD and CIKM. She is also experienced in working with PayPal’s transaction networks and other graph-related applications in PayPal. 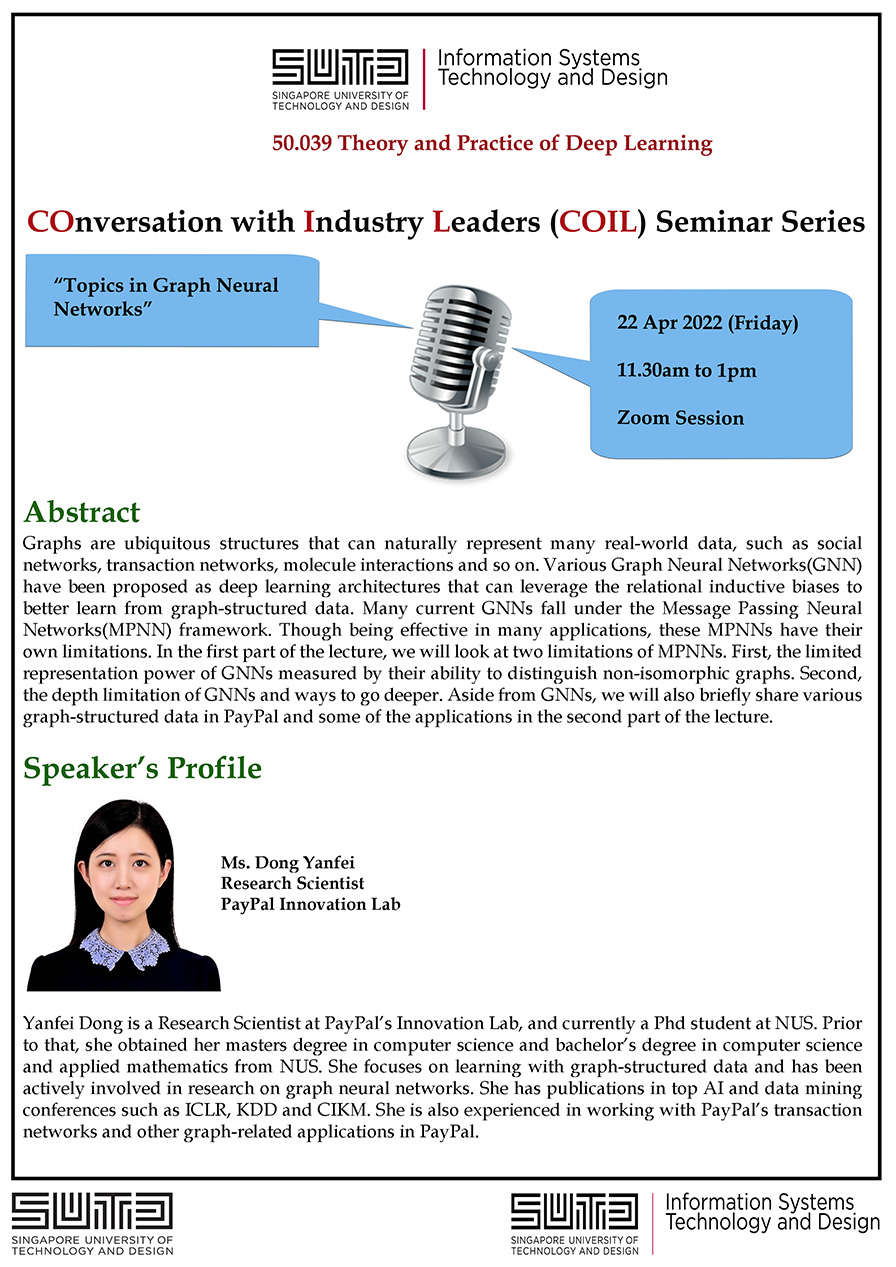